How to Connect a TI Graphing Calculator to a Linux PC

October 02, 2015
This post will document how to install a linking program for a TI-83+ on a Fedora18-x86_64 laptop. The purpose of the program is to be able to connect your Graphing Calculator via a USB TI Connectivity Cable, in order to transfer data to/from your Graphing Calculator. I should mention that I am not in any way affiliated with the developers of any of these programs, and I take no credit for any of its development; this is merely meant to help those who are struggling to install this valuable software on their computers.


What you will Need

I will assume that you already have the calculator and the necessary cables for the remainder of this procedure, and so we will proceed to download the necessary files from ticalc.org. That's a great site for resources and information pertaining to programming and TI graphing calculators. As I mentioned before, the necessary files you'll need to get are "tilp.tar.gz" and "tilibs.tar.gz"; keep in mind, there's also a install-script available here. The install script basically runs "./configure", "make" and "make install" on all four of the libraries and installs tilp.tar.gz for you; however, you still need to acquire the necessary files, as well as the other library files from the fedora repo, and you need to set up the development environment correctly, lest you get installation errors when trying to install. 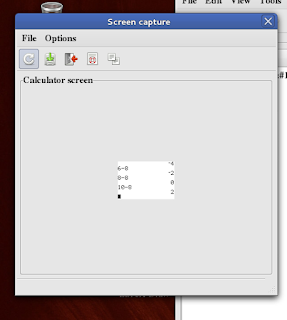 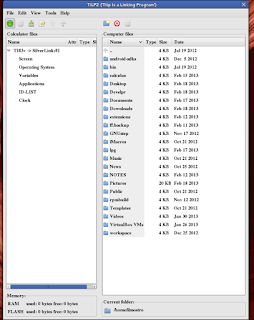 If everything goes well, you should be able to start the program by typing "tilp" in your terminal, or by finding the program shortcut in your Applications menu. If you do come across some problems, you can leave a message on this page, as well look for information on the tilp forum. There's also a repo that will allow you to install the rpm version of the program and its dependencies at calcforge.org, however, the hosted version on there is 1.11; whereas the version hosted on ticalc.org is the most recent (v. 1.17). I should also mention that I had trouble running the tilp2 version from calcforge, which only presented me with an error regarding the "qt" development library--qt is not required when installing tilp2, you can disable it by passing the option --without-kde to the ./configure or in this case, to the install-script.sh .
fedora hardware linux

April 13, 2016
https://access.redhat.com/solutions/1417483 In RHEL 7 there is rate-limiting both in systemd-journald and in rsyslog's imjournal module Lower Ratelimit Interval Lower the interval for rate-limiting and increase the burst level in order to minimize the possibility of losing log messages when the threshold is reached for the specified number of messages logged within the specified interval. Rate-limiting is specific to each process, so there's usually no reason to change this. It is also inadvisable to disable this feature entirely! grep -i rate /etc/systemd/journald.conf #RateLimitInterval=30s #RateLimitBurst=1000 RateLimitInterval=10s RateLimitBurst=3000 grep -i rate /etc/rsyslog.conf #$imjournalRatelimitInterval 600 <--default $imjournalRatelimitInterval 300 $imjournalRatelimitBurst 30000 journal corruption journalctl --verify journalctl --force
Read more