Showing posts with the label firefox
Show all

April 27, 2016
On April 26th, 2016, Red Hat 5, 6, and 7 along with its community-supported counterpart CentOS have released a major new Firefox upgrade to address a number of Critical vulnerabilities in the Extend Support Release (ESR) version of Mozilla's browser software.  The version number jumps to 45 from the current 38.  According to the Security Advisory , Mozilla reported that the Firefox version available for Enterprise Linux distributions--i.e. 38.8--could allow  "A web page containing malicious content could cause Firefox to crash or, potentially, execute arbitrary code with the privileges of the user running Firefox. ( CVE-2016-2805 , CVE-2016-2806 , CVE-2016-2807 , CVE-2016-2808 , CVE-2016-2814 )" Upstream, Mozilla's Security Advosories page for the Extended Support Release ( ESR ) of Firefox tracks this issue and has some relevant links for the different vulnerabilities addressed by this major update. firefox-45.1.0-1.el7_2.src.rpm Buffer Overflow in libs
Read more

The Firefox browser has always thrived as the underdog; the "alternative" browser of choice. It's this sort of identity, along with it's historically strong security record and OpenSource nature, that had propelled it and its predecessor, "mozilla browser", to near 50-percent usage share by some counts . More recently, however, with the browser-market saturation expanded by the additions of Apple's Safari and Google's Chrome browser, Firefox's usage-share has been experiencing a downward trend; even as the newer additions to the browser-market have seen exponential user growth, i.e. Chrome!
Read more 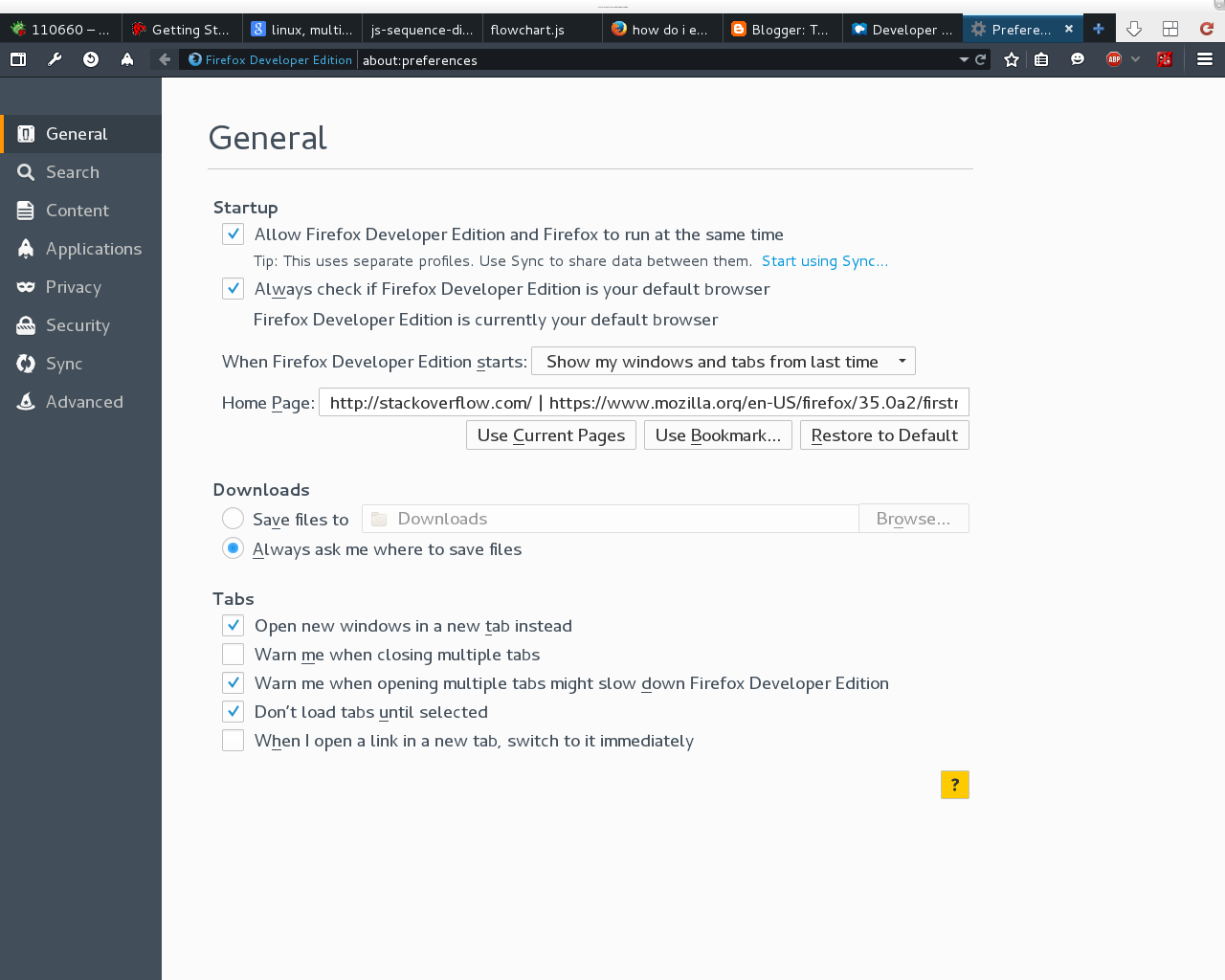 There are a number of legitimate reasons why one would have multiple versions of Firefox installed on one system.  While, it's generally ill-advised to have multiple versions of the same package/software installed--as it could create resource conflicts and system hangups--recent versions of Firefox have become more stable in this type of scenario.  The Developer Edition of Firefox, for example, has an option under Preferences that specifies whether or not to "allow Firefox Developer Edition and Firefox to run at the same time" through the use of different Profiles . While this is a nice functionality, there are still some issues with the system-wide Library path and the local ".mozilla" directory in the user's home directory.  There's still an issue with installed plugins, which are in the system-wide directory "/usr/lib64/mozilla/plugins/" on a 64-bit system, not available in the second installed firefox package unless the user creates
Read more

HTML5 is here! On October 28th, 2014 the HTML Working Group published HTML5 as W3C Recommendation. This specification defines the fifth major revision of the Hypertext Markup Language (HTML), the format used to build Web pages and applications, and the cornerstone of the Open Web Platform. When the talk of HTML5 comes up generally it's understood that, for the most part, CSS3 and JavaScript are an intricate part of the "whole". Extended features such as responsive design among other things are nothing without all three languages. JavaScript in particular uproots the "operating system" and unshackles users from the confinement of locally-run software with seemingly boundless potential. Well, if that wasn't a loaded statement then you still have faith that I know what I'm talking about. Regardless, this post is mainly meant to help troubleshoot the possible causes of a half-assed web-experience followed by constant, nagging banners
Read more
More posts